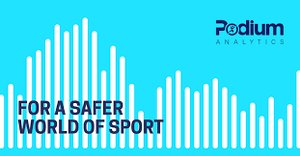 We may not be one of the Premier clubs in the country by the level we play at BUT this new partnership is just another thing to be extremely proud of as we lead the way in many other areas.
Stephen Tabb. OSHC Chairman

For the past 20 years, OSHC has been at the forefront of all that is good within community level, grass-roots sport:-

We are now delighted to be the first hockey club in the Country to support another historical step in the development of hockey and its supporting infra-structures.

Earlier this year, Podium Analytics were announced as the official partner for a ground breaking new service being rolled out to hockey clubs relating to never before completed, data capture, to assist with analysis of injuries, risks within sports, and potential mitigation against injury (https://www.englandhockey.co.uk/media/news/england-hockey-partner-with-new-youth-charity-podium-analytics). Whilst there services are being rolled out to a number of clubs, Old Silhillians HC is the first club in the Country to also be linked in to a local partner school - with Solihull School also being part of the launch. The hope is that Podium will also work with Silhillians RUFC, to create a first ever "complete picture" of a player's injury landscape covering both activities at school, and within their club environment. This is unheard of historically, and is a watershed moment with regards to understand the risks in sport for U18s.

The system will be launched ahead of the new season, so please look out for emails and media posts asking you to register yourself / your child/ren to be included within this ground-breaking injury monitoring programme.

This new initiative is not the only forward thinking development that the club has been involved in over the Summer, with massive progress being made to continue to move the club forwards and continue its successes, both on and off the pitch, in recent years.

The club has also been setting up the following:-

Plans for a new Covered/Indoor Multi-Use Games Area (MUGA) to support additional sports being played at the club, as well as create more capacity for individualised training. To find out more, and especially how you could help, please view the project page here:
https://www.crowdfunder.co.uk/p/addition-of-multi-use-surface

An exciting Coach Development Roadshow, supported by The Coaching Lab - this will help to create even more positive learning and playing environments for our players, with several of our coaches in attendance. If you would like to attend yourself, please sign up here:
https://www.thecoachinglab.org/event-info/uk-tour-birmingham

The (re) launch of the Sils podcast (The Sils Buzz) - which is our way of trying to keep everyone up to date on what is going on both now, and in the future at the Sils.
Available on Spotify - https://open.spotify.com/show/0N2oHZxpAzLjPcno6oOct4
(and other major podcast channels)

Recruitment of a new Performance coach for the Ladies section, and the rollout of a new 1-2-1 and team feedback process (using the Slack App); if you are interested in hearing more about this, please contact Steve Tabb (stephentabb@hotmail.com or via Pitchero messaging)

Continuing to support the new netball club at the Sils - www.silsnetball.co.uk - who play on a Tuesday evening on the astro

Another year of one of the largest Mixed Hockey Festivals in the Country over the August Bank Holiday weekend.

And last but not least, securing new funding and sponsors to help continually develop the offer from the club to both its members and the local community.